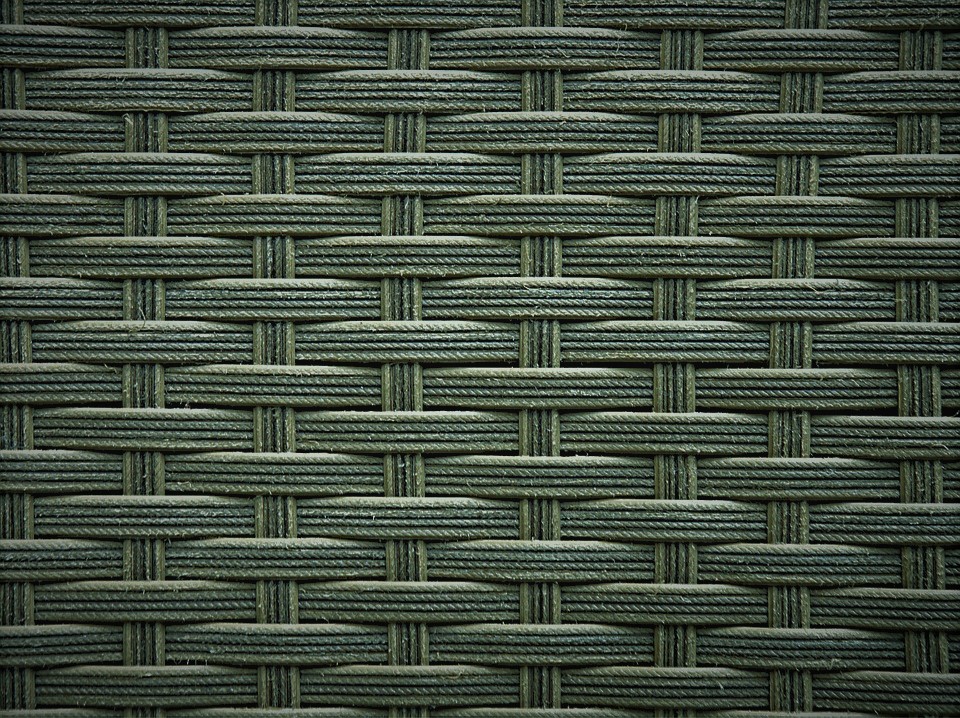 The tablemat is envious that my fingers stroke the keyboard
Wonders why its only purpose is to keep tables from being scorched
Well mat, I didn’t invent you but I could give you a new function
How would you like to be placed under my computer’s power-button?

Would that give you a sense of ‘use’ and shut your helpless cries?
Would that response be considered as me trying to empathise?
I only ask because tablemat, I do not speak your tongue
And it is not because I have not tried… it’s because you don’t have one… 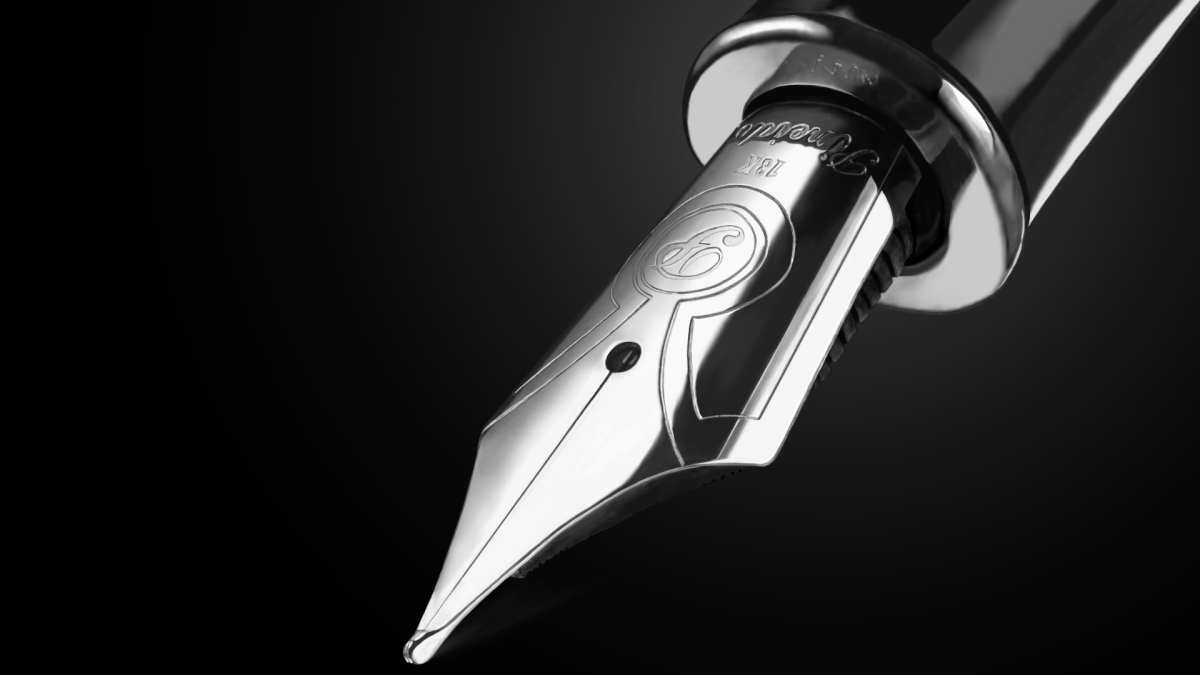 What do writers ‘do’ for ‘work’?
Writers ‘do work’ by working words.

I just stumbled for a minute
Then came back to it 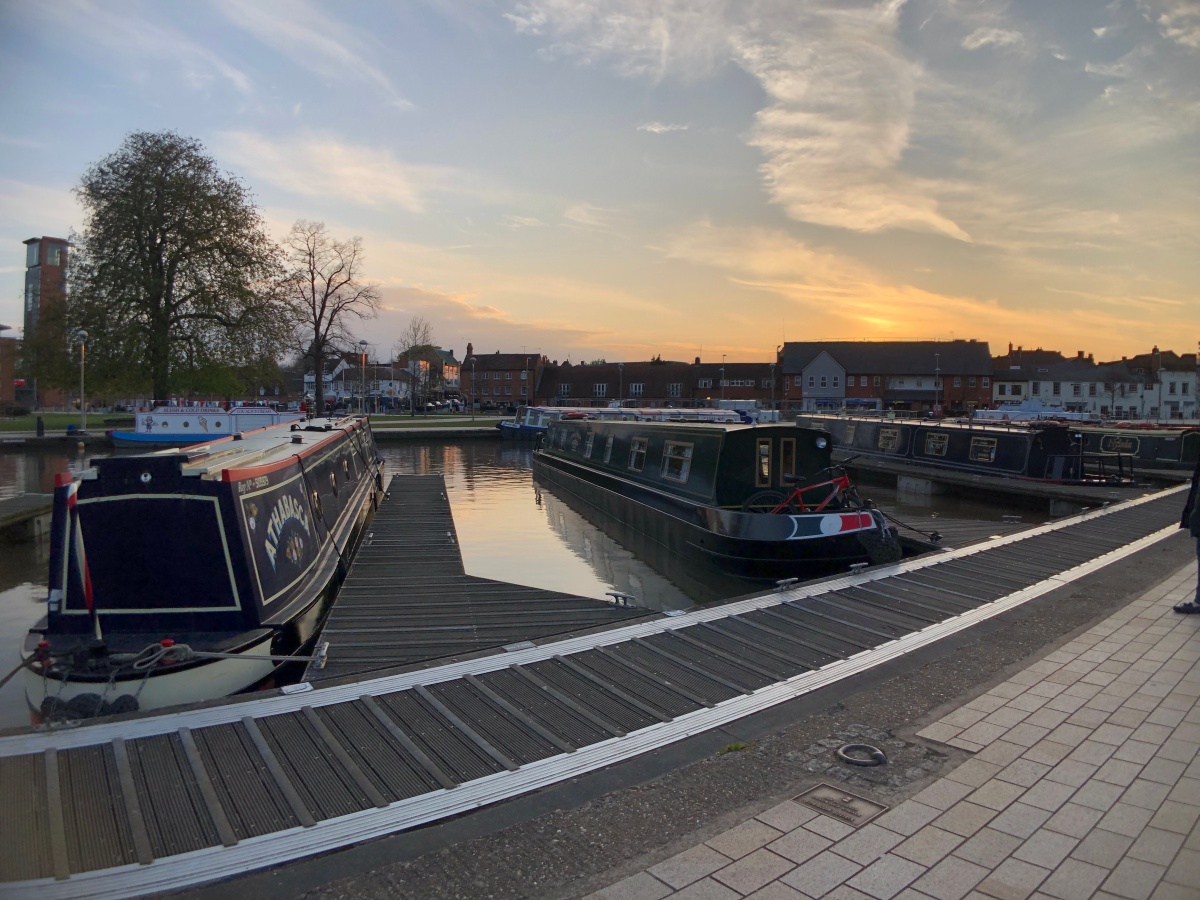 The romantic in me
Falls in love with beauty
A beauty so real
It’s experienced, not seen 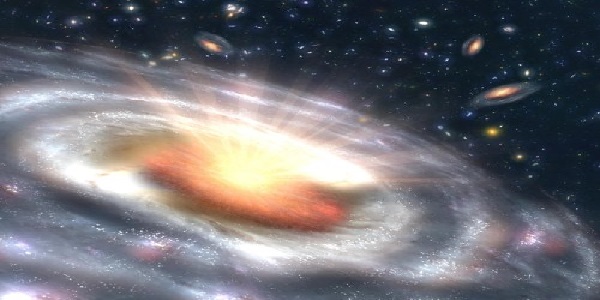 After years of exploring the Black Hole, I returned to humanity.

I tried to speak of this experience with humans, but not everyone was as open-minded. Of course, there were some who took an interest and enjoyed hearing of my travel journeys. Those were able to live vicariously through my shared experience.  But then there were the sceptics, the ones who thought I was speaking gibberish and manipulating people for the sake of attention.

I wasn’t, but I can understand why they’d felt that way. After the Black Hole, I actually understood much of what I didn’t even realize I had yet to know.

See, though the Black Hole was filled with a great deal of what people call “nothingness”, it was only in the surrender of ego did I finally see everything within the nothing.

In becoming so detached and removed from humanity, I finally grasped the essential elements that drive them in such a manner.

My distance showed me that humans are simple creatures with complex insecurities. Simple in that they are hedonistic, utilitarian, narcissistic, and competitive. They capable of anger but also joy, strength as well as weakness. They love as deeply as they hate, they rest as much as they work. Humans are simple in that they are multifaceted beings striving to become one.

But humans are also complex in that they often have displaced emotions. They project  insecurities in inappropriate manners at the wrong moment due to egocentric defense mechanisms. They are far more often controlled by ego rather than truth. Driven by image over honesty. Humans portray weaknesses as strengths and are offended when shown the same image from another angle.

Returning to humanity, I had to uproot examples within the human world in order to portray a realization to which I came within the Black Hole.

It is that one simple way to test the complexity of a human ego is to take one out of its comfort zone and see how it responds to change. See, the ego, combined with personal experience, is what determines how adaptable a person can be.

Prominent examples can be seen in the following areas within today’s humanity: racist arrogance (feels uncomfortable around people of different color), xenophobia (inability to communicate with those who speak other languages), gender bias (expects to be served by the opposite gender), religious intolerance (quick to disagree with any terminology pertaining to other beliefs), ageism (judgemental of people from other generations).

Having been hiding in the Black Hole for so long, I’d become so outdated as to what had been going on in the physical world. Much as I had obtained a theoretical understanding of the human ego before my journey’d commenced, it was not until I became void of my own did I see clearly the prominence of it within humanity.

…And with that newfound knowledge, as promised, I shared it with the world.

Not for the fame, not for the glory, but simply because I was curious and am now excited about the discovery.

Sincerely hope that you have enjoyed the adventure written in these three parts. It has been a delight journeying with you.

May you, too, reach a sense of enlightenment, acceptance, understanding, and peace from within. May you learn to exist on your own without relying on the ego.

I wish you all well. Thank you for reading. 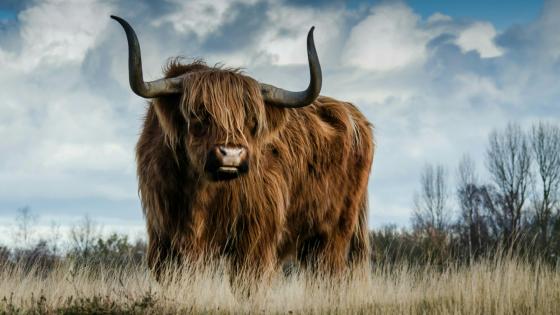 No, I’m here on my own accord
With an agenda, I forewarn
I’ll take the bull right by the horns
Throw him into a garden of thorns
So that he may wriggle his way out
Escape, feeling accomplished and proud
Become the Bull that I can announce
That he’s ready to be set free, rejoicing sounds

Instead, this bull got comfortable and relaxed
He did not run, he stood there perplexed
He took one look at the thorns and compressed
Them into crumbs — I was slightly impressed
He then set out to consume the leaves
A few at a time, he chewed slowly
By the time the patch was thoroughly empty
He had enough space to fall asleep.

And that is how I made a friend:
He consumed the weapon — didn’t fight nor defend. 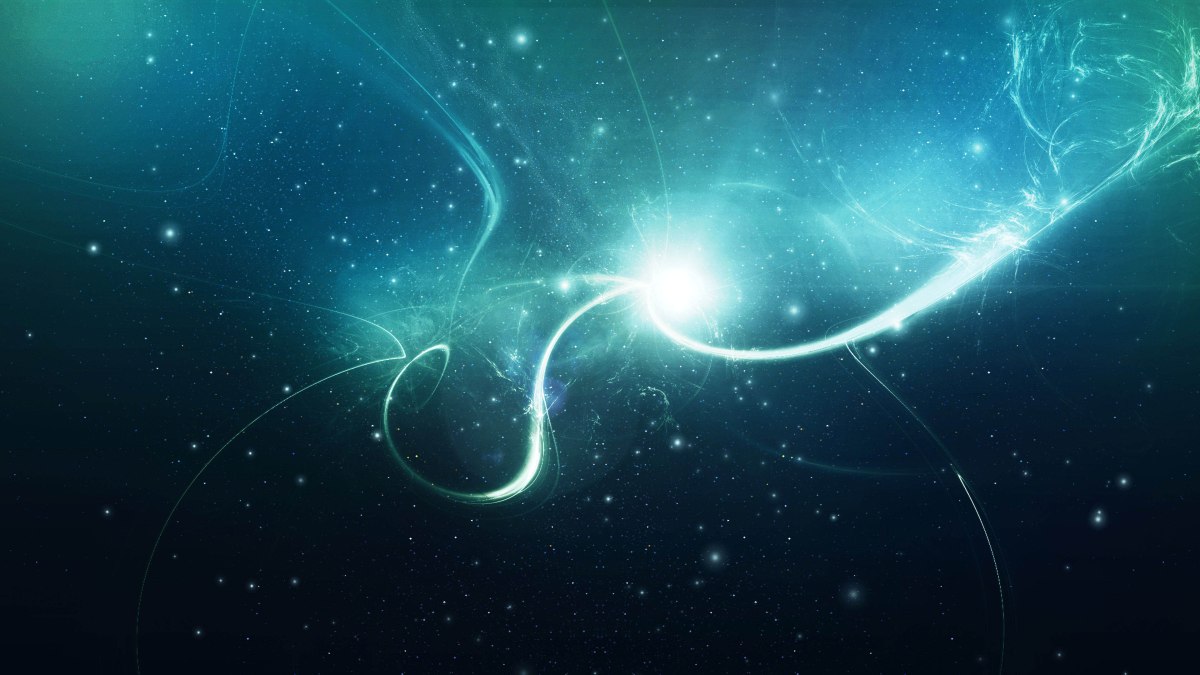 I write this because I can articulate with my hands better than the occasional eloquence that springs from these lips of mine.

Alas, I shall get straight to what I want to say.

You entered my life unexpectedly, into my (unbeknown to me) open doors. That spark, that chemistry, that depth felt in an instant.

But I thought that perception was jaded and one-sided.

So time went by as the seconds passed, the globe spun circles around the sun, and the calendar slowly lost its weight as the pages gently dropped.

Time, that strange essence combining both everything and nothing, a unity of dissonance and resonance. Distance and resistance.

Much like snowflakes in the middle of summer, or the ray of sunshine on a cold winters’ day; a rarity, a phenomena.

Time was all that was needed. My love, haven’t you heard? Time is infinite… you have it yet you don’t… because, my love…time does not exist.

All that matter-ializes within time is reality, when dreams and reality meet, and all that was once mundane suddenly encompasses new sensations.

That, m’dear, that is the beauty of it all. 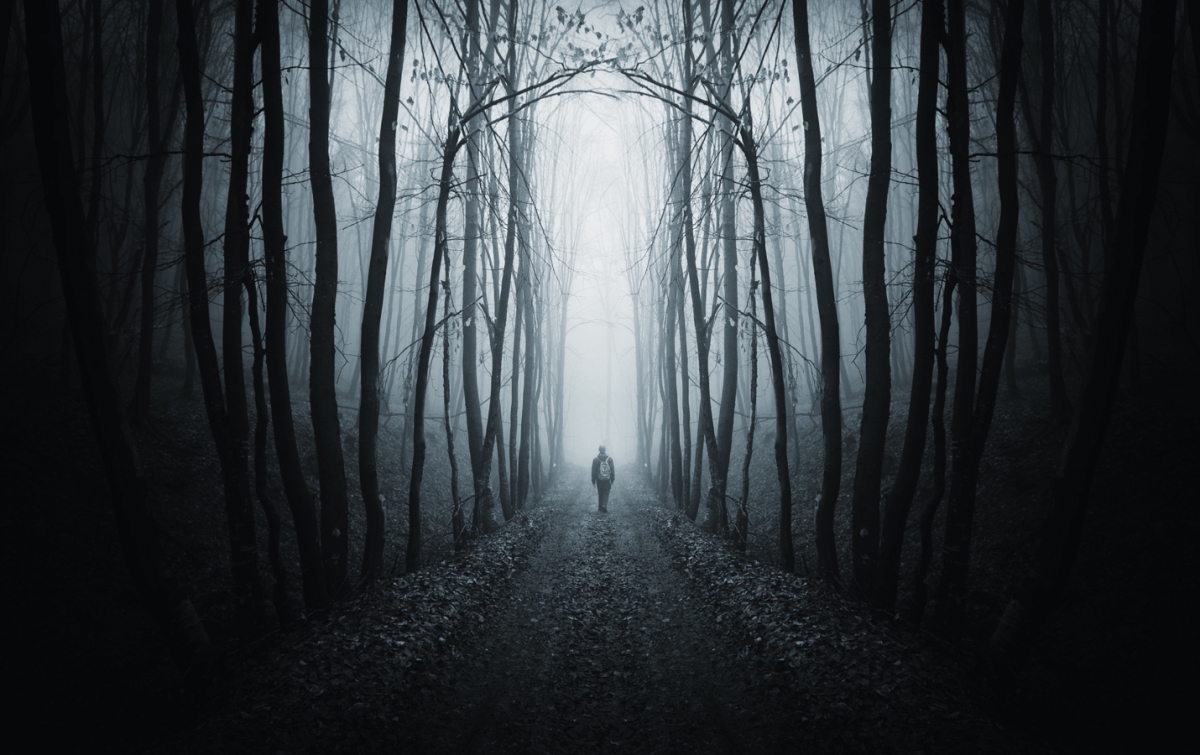 (Creative writing, REALLY old one from 2011. Darker writing, found it when I was going through old material.)

And as I lay dying,
the sounds of the conspirators remind me
of who I was supposed to become.

It’s never too late to be who you want to be, but watching the world pass by your dying corpse, you realize there really was no purpose.

That last slash, that last pill, that little nudge… you realize all along that you made the right choice.

But the one time you wonder what it would have been like to hold on rather than back down; for that split second, a moment of the reality of what “could have been” just flashes behind your reluctant eyelids.

The knowledge that all you needed was 3 more seconds with her…and it wouldn’t be you on this end.

And that’s when you see it…you envision the blade soaring through the air and puncturing her abdomen. She screams for you to stop as you’re blinded by the rage she fed, provoked, only makes you stronger.

You kick her to the ground and she weeps. Begging for a second chance to live her life differently. Still, you can only be as merciless as she was all along.

She bred this evil monster, fueled the fire ignited once upon a time.

This version of the person she loved has been warped by all the scars and venom injected into veins once innocent.

Nothing will ever mend this brokenness created by the one lying defenseless on the ground. Slowly, as she drowns in a pool of her own blood, you watch her slip away.

Merciless and too selfish to see past your peripheral vision, you wish it was how it used to be.

But now, you’re the one down. Barely able to see past the slits in your dying eyes.

You slip into a coma.

You’re dead to the world, knowing that your last thoughts were nothing but vengeance.

And still…hoping that your legacy lives on…

And as she lay dying, the sounds of the conspirators reminded her of who she could have become…

I was spontaneous yesterday.

Now, for those of you who know me — it really does depend which era of me you know, now, doesn’t it?

Let’s try this again. For those of you who have known me in the past couple of years, maybe three, you’ll probably gasp when I, of all people, say “spontaneity”. And I know exactly why; I know the reasons for your surprise probably better than I let on, as I do with most things in life, to be honest.

So why was being spontaneous a big deal for me?

Because, mates, it’s good to be back.

You look at me and think, “but you didn’t go anywhere”. Physically no, but in the past two years I did go down a path I once promised myself to never venture. I promised myself I wouldn’t because of how many people I lost to it — the cancer of the mind, eating away at the soul, leaving behind a mere shell of a human body to remind us that yes, this living, breathing, entity is our responsibility.

So I left. I couldn’t leave physically — I had too many commitments out here in the city, a life I’ve spent a decade trying to build and am still dissatisfied with my efforts, knowing how far I’ve fallen when I look at how much I achieved once upon a time.

I couldn’t leave mentally — no, my brain is generally over stimulated due to intelligence, which, unfortunately for a lot of people, means I have no off-switch. I notice things. Then I understand concepts because I’ve seen it somewhere before, so I associate that and make a connection. That link tends to be more logical than emotional because I like being objective, studying the facts, understanding the patterns.

Logic is my comfort zone.

But I left, emotionally. It was one of the longest journeys I’ve ever taken — to be completely void of emotions and shut down, tuned out from the world around, still hearing details but feeling like everything is meaningless. Sometimes, this can be a good feeling, like if that emptiness is actually contentment and peace. If that emptiness is actually silence and solitude. What I felt though, was far from that.

It was a lonely emptiness, where not only did I feel like no one could relate to me, but that I hadn’t found a way to relate to myself. I was so far gone, so different, so…unfamiliar to myself. Most people think I had it done to me, that I was a victim of victimless crimes; that I was subject to whatever abuse had led me down that path. But it was my morbid curiosity, because I chose those situations knowing that I am entertained by aggression.

Aggressors find my amusement annoying. It adds fuel to the fire, pushes their limits; unable to laugh at themselves, the angry flip from aggression to full on abuse.

Of course it’s fun, it’s like that predictable explosion, a controlled avalanche.

And it’s what I do, I laugh in the face of rage. I laugh, because I understand anger, I know rage, I terrorized them a long time ago, and they are now subservient to my control. I don’t avoid it, but I generally don’t project it either. So yes, watching each and every single one of you flip out in vengeance does entertain me, because I remember what it was like to be immature.

I remember what it was like to be insecure.

But I also remember…what it’s like to be fearless in the face of insecurity.

My darlings, like I said, it’s good to be back. Oh, how I’ve missed you…