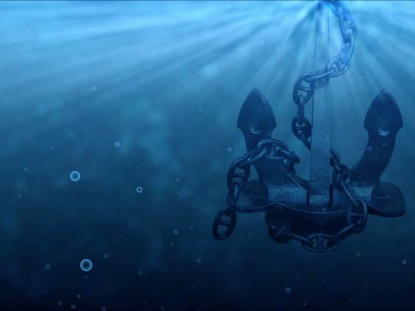 I spent some time in a metaphorical submarine as the unconscious unfurled while I sought answers in the depths of me. Thankfully, I did have wifi connection wherever I went, so upon emerging from the deep blue seas, it was not a particularly intimidating readjustment. If anything, I was rather excited to come back to life fully revived and ready to thrive.

In my journeys far from humanity, I discovered many treasures that lay beneath the tidal waves where few dare to venture. These observations quenched my thirst and satiated my hunger in the days where human interaction was scarce; when those above sea-level lived their lives offline, engaging in human activities such as parties, discussions, sports competitions, birthdays and weddings, explorations of the natural world or what not.

It wasn’t until the humans commemorated their life in a shared memory space called the Cyber-Web did I know what was going on in the world above. It was entertaining, I enjoyed living vicariously through those I once knew, and those I had yet to know. Being a few hundred feet below sea-level with only a dozen other souls definitely beat soaring thirty-thousand feet above sea level with four hundred anxious flyers. There was less…turbulence, so to speak. Less chaos in the depths.

I observed the humans, they amused me. As times got tougher and the planet became hotter, each for his or her own reason reached for the skies, seeking life in more temperate regions. Those from the Cold Lands migrated further east, towards where the sun rose. Those from the Hot Lands aimed to move North, away from the sun and into more habitable temperatures.

The humans moved and migrated, each taking a piece of the land to new lands, cultivating and planting new seeds in soils becoming more and more crowded. What was once intended to be a garden soon became a forest, one that later branched into a rain-forest. Lands soon changed and merged, as physical survival became the sole focus of humans. Those who did not face physical challenges soon became bored and created  problems for themselves; problems of perception, of opinions, of emotions, and of status.

I returned, for I missed the chaos.

Learn to Inspire, Fight to Excel Straight from Mikavelli's Belly: I chose the name Mikavelli because of my name as well as Machiavelli, one of the most controversial yet revolutionary characters in politics and philosophy. This blog was initially created solely for updates about life, but seems to have evolved into philosophical conjectures about various aspects of humanity. I've since added an extension to my creative outlet and have decided to post parts of the journey along the way. Feel free to comment or respond. I hope that these words can inspire as well as empower you as you venture through the adventures of life. Peace and blessings, Mikavelli (MG) View all posts by Mikavelli (MG)

This site uses Akismet to reduce spam. Learn how your comment data is processed.